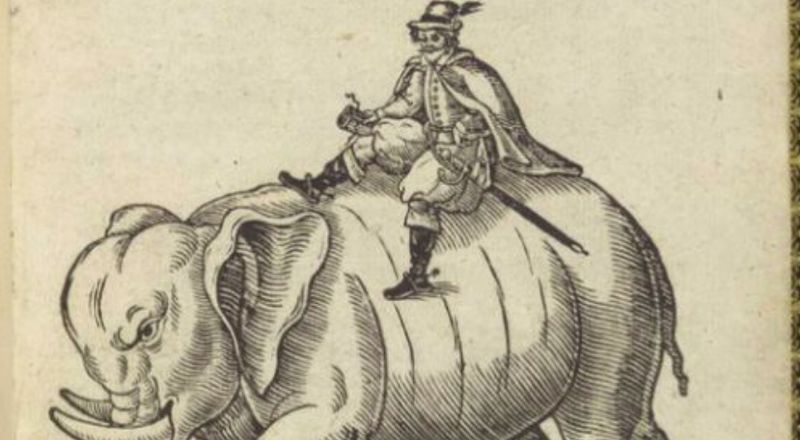 A Backpacker in the Age of Shakespeare: Thomas Coryate at the Court of the Mughal Emperor

Mughal , Diplomacy , Travel Literature
Mughal
His travels were unusual insofar as they were motivated primarily by curiosity and a sense of wanderlust, as well as by a desire for personal celebrity

Born in the sleepy village of Odcombe in Somerset towards the end of the 1570s, Thomas Coryate (c. 1577-1617) was one of the most widely travelled Englishmen of the sixteenth and seventeenth centuries. His wanderings around Europe and Asia from 1608, much of which he carried out on foot, captured the imaginations of his compatriots, and gave expression to a growing desire among many of them to explore distant and unfamiliar territories, particularly within the Islamic empires to the east, stretching as far as the Mughal Empire in northern India.

Coryate was also one of very few Englishmen from this period who travelled overseas for reasons unconnected to diplomacy, religion, or trade. His travels were therefore unusual insofar as they were motivated primarily by curiosity and a sense of wanderlust, as well as by a desire for personal celebrity and fame. This second point is crucial, for Coryate used his travels within the Islamic world, and within Mughal India specifically, to project a certain image of himself to his countrymen at home, which highlighted qualities such as bravery, learning, eccentricity and an ability to charm the rich and powerful, including the Mughal emperor of the day, the celebrated Jahangir (r. 1605-27). In this way, he served as a fascinating example of how early modern English travellers to the Islamic world might use their experiences overseas in an attempt to bolster their standing at home.

In the early 1600s, following his education at Oxford, a young Coryate used his family connections to join the household of Henry, the Prince of Wales, and the eldest son of King James I (r. 1603-25). Yet although the Coryates were well-connected, they lacked wealth and status (Thomas’ father was a rector), and in order to make a name for himself within Henry’s circle, Coryate became something of a court jester, exploiting his talent for ‘jokes and stunts that drew on his education, linguistic ability, and flair for public performance’, according to M. G. Aune (Aune, 2020, p. 87). In 1608, Coryate traveled throughout France, Italy, Switzerland, Germany and the Netherlands, and in 1611, he published a lively, intimate account of his travels, which sought to entertain as much as inform: Coryat’s Crudities: Hastily gobled up in Five Moneth’s Travels. It has been claimed that Coryate was the first English writer to use the term ‘umbrella’ when describing how Italians shielded themselves from the sun, and that he also introduced the table fork into England, again from Italy. In any case, following his return home, Coryate had become a patron of the famous Mermaid Tavern in Cheapside, London, to which Shakespeare has frequently been connected, though never conclusively. Here, Coryate befriended some of England’s most famous literary figures, including the playwright Ben Jonson and the poet John Donne, regaling them with stories of his travels. Finally, in 1612, Coryate sailed for Istanbul, where he lived until 1614. He subsequently travelled throughout Syria and the Holy Land, and to India via the Safavid Empire in Persia, arriving in Agra, the capital of the Mughal Empire, in the middle of July 1615. Coryate never saw England again, dying two years later in Surat, on the north-western coast of the Indian subcontinent.

From 1616 onwards, many of Coryate’s letters from India appeared increasingly in print, along with extracts of his writings which had found their way back to England. In 1625, for instance, several of Coryate’s letters were published in Samuel Purchas’ Pilgrimes, an enormous, four-volume collection of travel accounts covering Europe, Asia, Africa, and the Americas, from antiquity to the present-day (Purchas, 2014, pp. 469-94). One of these letters was addressed to the patrons of the Mermaid Tavern in Cheapside, and signed by ‘the Hierosolymitan Syrian Mesopotamian Armenian Median Parthian Persian Indian Legge stretcher of Odcomb in Somerset, Thomas Coryate.’ In another letter, which he addressed to his mother, but with the almost certain knowledge that it would be eagerly read and discussed by others, Coryate boasted of his audience with the Mughal emperor, Jahangir, at which he claimed to have delivered an oration in Persian, the official language of the Mughal court. He wrote of his ‘labour and industry at the said Kings Court’, adding that with the help of his Persian:

I might both procure unto my selfe accesse unto the King, and be able to expresse my mind unto him about the matter for the which I should have occasion to discourse with him. These were the reasons that moved me so long to tarry at the Mogols Court, during which time, I abode in the house of the English Merchants, my deare Countrimen, not spending one little piece of money either for dyet, washing, lodging, or any other thing. And as for the Persian tongue, which I studyed very earnestly, I attayned to that reasonable skill, and that in a few moneths, that I made an Oration unto the King before many of his Nobles, in that language, and after I had ended the same, discoursed with his Majestie also in that tongue very readily and familiarly.

Coryate emphasised that neither the English ambassador to Jahangir, Sir Thomas Roe, nor any of the English merchants had been able to understand his speech, though many of them had lived in the country for much longer than him. Coryate also claimed to have received £10 worth of money from the Mughal emperor, as well as further donations from ‘a certaine Noble and Generous Christian of the Armenian Race, two dayes journey from the Mogolls Court, … to whom, by meanes of my Persian Tongue, I was so welcome, that he entertayned me with very civill and courteous complement’.

Writing in the 1650s, the former East India Company chaplain Edward Terry, who had shared both a tent and a room with Coryate in India, commented on the ‘itch of Fame which engaged this man to the undertakings of those very hard, and long, and dangerous Travels’. He added that Coryate took such pains ‘to make himself a Subject for present and after discourse’, and was ‘so covetous, so ambitious of praise, that he would hear and endure more of it than he could in any measure deserve.’ It has been said that when King James was informed of Coryate’s journey to India, he simply replied, ‘Is that Fool yet living?’ When Coryate heard of this comment, he was deeply offended, and he later spoke to Terry of his fear that he would die overseas and ‘be buried in Obscurity’, and that ‘none of his Friends [would] ever know what became of him’.(Terry, 1655, pp. 57-78). In a sense, Coryate was right, as he died in Surat in 1617, and the location of his tomb is unknown. In another sense, however, Coryate was wrong, insofar as a memory of him as perhaps the world’s first backpacker has continued to amuse, entertain, and inspire. 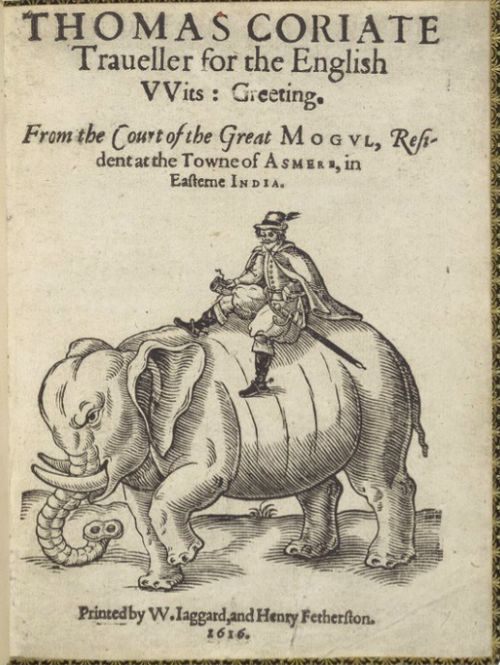 Fig. 1: an illustration of Coryate astride an elephant in India, taken from Thomas Coriate traueller for the English wits (1616). Image available via LUNA: Folger Digital Image Collection 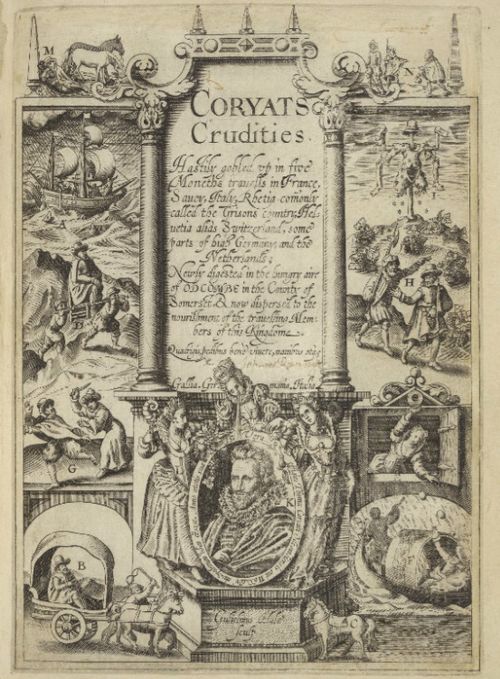 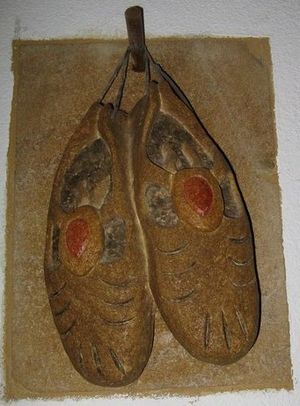 Fig. 3: a stone replica of the pair of shoes which Coryate is said to have donated to Odcombe church following his travels around Europe. Image available via Wikimedia Commons

Purchas, Samuel, ed., Hakluytus Posthumus or, Purchas His Pilgrimes: Contayning a History of the World in Sea Voyages and Lande Travells by Englishmen and Others, vol. 4 (Cambridge: Cambridge University Press, 2014). 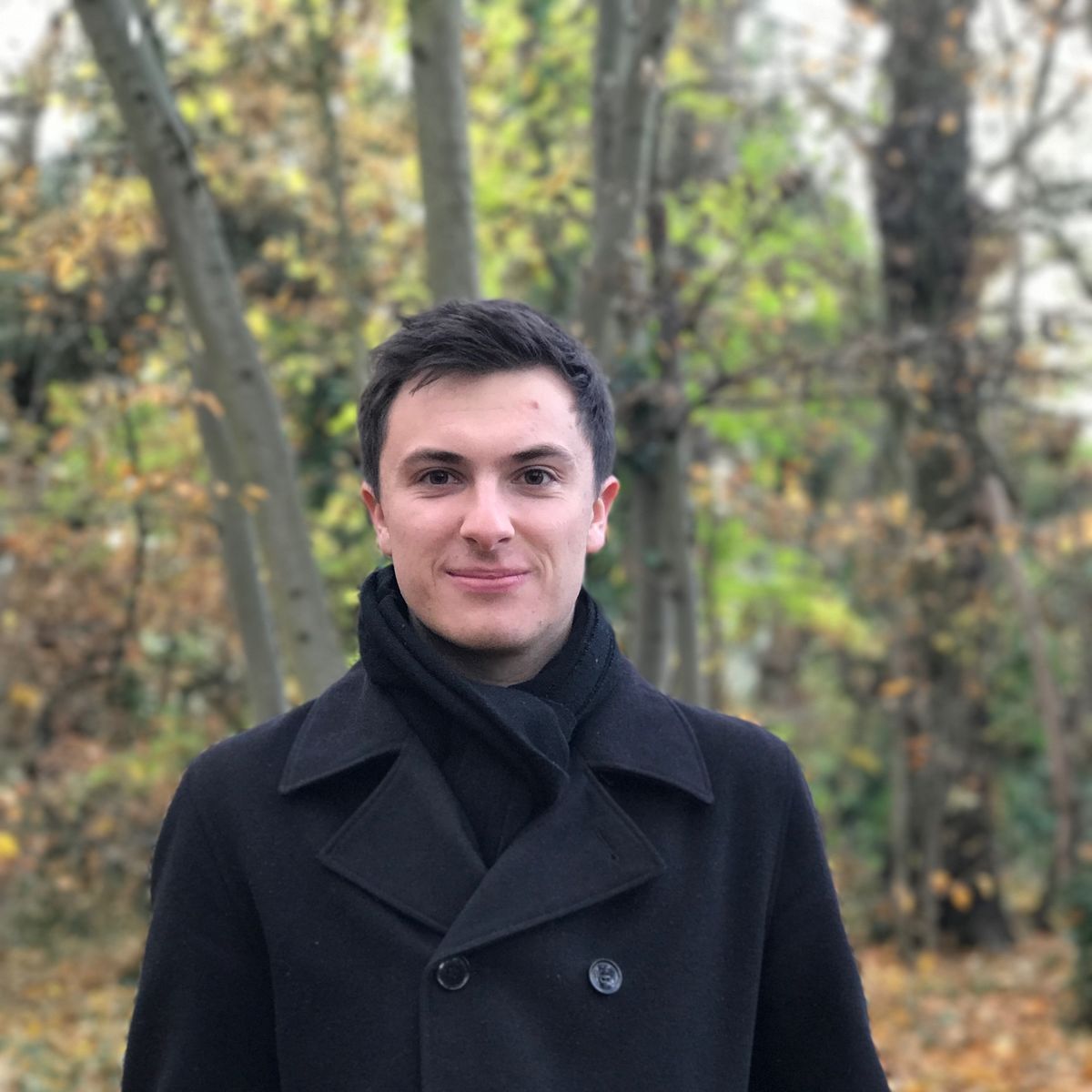