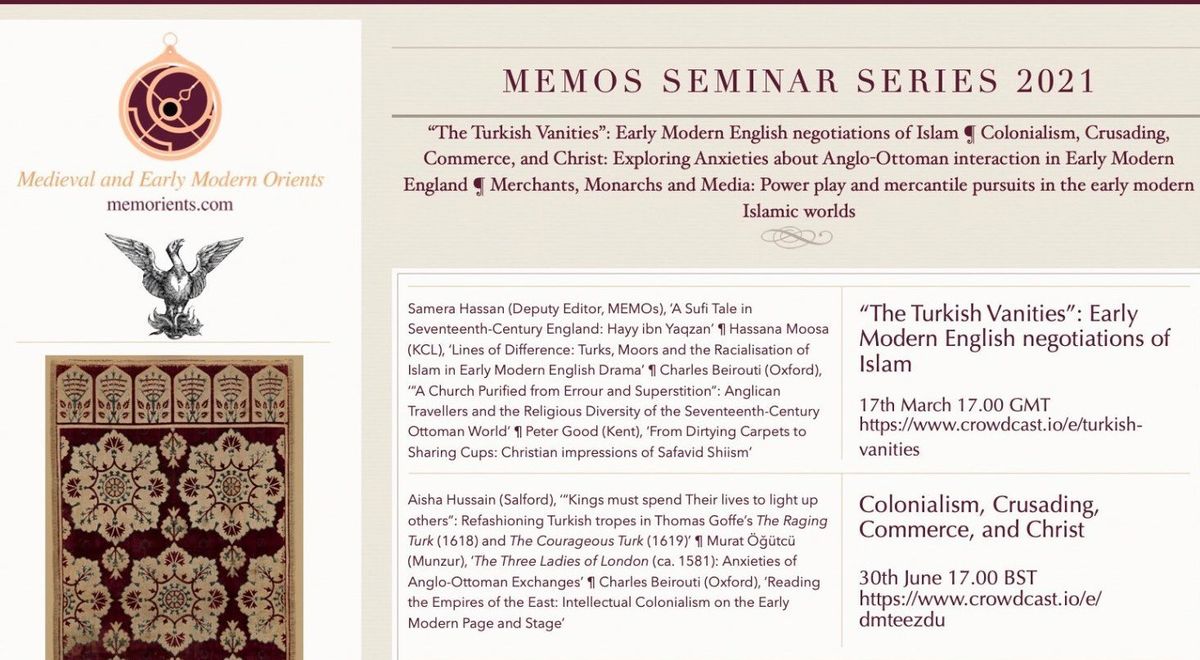 The MEMOs Seminar Series 2021 is organised by Medieval and Early Modern Orients (MEMOs) and hosted by The Society for Renaissance Studies (SRS). Join the conversation with MEMOs members, as we explore exciting topics, including Early Modern English negotiations of Islam, Colonialism, Crusading, Commerce, and Christ, and Merchants, Monarchs and Media.

All details of the dates/times of each seminar, as well as the details of the speakers and links to join, are included below. We look forward to having you join us!

Charles Beirouti (University of Oxford), ‘A Church Purified from Errour and Superstition’: Anglican Travellers and the Religious Diversity of the Seventeenth-Century Ottoman World

Charles Beirouti (University of Oxford), Reading the Empires of the East: Intellectual Colonialism on the Early Modern Page and Stage

Lubaaba Al-Azami (University of Liverpool), “Do ye know what I am, sir, and my prerogative?”:Quisara, Gulbudan and the Authority of the Indian Princess