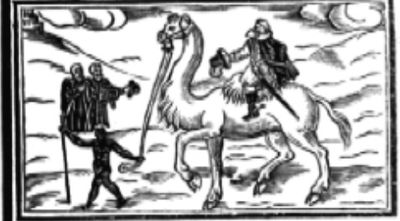 Thomas Coryate and the Theatre of the East

Mughal , Travel Literature
Mughal
His Orient, and specifically his India, becomes a stage upon which European fantasies of the east are performed

“The idea of representation is a theatrical one: the Orient is a stage on which the whole East is confined. On this stage will appear figures whose role it is to represent the larger whole from which they emanate. The Orient then seems to be, not an unlimited extension beyond the familiar European world, but rather a closed field, a theatrical stage affixed to Europe.”

“The exotic is not only where we are not, but it is also future orientated, as a place we long for and might yet inhabit.”

In his blog post “A Backpacker in the Age of Shakespeare,” Charles Beirouti describes the eccentric life of Englishman Thomas Coryate, a native of the village of Odcombe in Somerset. Beirouti’s comprehensive account of the traveler’s life argues that his travels were driven by “curiosity and a sense of wanderlust” as well as “to project a certain image of himself to his countrymen at home.” Coryate, therefore, provides an instance of early modern cross-cultural encounter unlike most contemporaneous travellers. While his contemporaries described state-sanctioned embassies and mercantile missions in their travelogues, Coryate takes a tourist’s perspective. The writings about his travels to foreign lands—whether authored by Coryate himself or by other English travelers he encountered on his adventures—relay his immersion within the cultures he visits. He famously donned native dress and assumed native customs, continually embodying the so-called “other” in histrionic displays that brought him to notoriety. Though many of his countrymen derided Coryate’s embodiment of otherness, he also evoked amusement among his readers, both in the early modern period as well as within scholarly circles today. By performing his own version of easternness, Coryate achieved continued mobility, whether geographical mobility through the Mughal empire, social mobility within English reading circles, or even ongoing examinations within academic scholarship.

The self-professed “oddeman from Odcombe” was primarily concerned, then, with maintaining the interest and attention of anyone who might help him extend his travels. He often lived day-by-day, finding people who would offer him lodging or a modest monetary gift to help keep him moving. While Coryate seemingly embraced this itinerant lifestyle, he hoped that his perambulations would lead him to a specific destination: Samarkand. Likely inspired by Christopher Marlowe’s play, Tamburlaine the Great, the first part of which was first performed in 1587, Coryate longed to visit the tomb of the 14th-century conqueror, Timur, better known as Tamburlaine in early modern England. It is no surprise, therefore, that Coryate would transform the geographical sites from his travels into his own personal theatre, in some ways reversing the playwright’s transformations of the early modern English stage into imagined (conquerable) geographies in Asia. The eastern worlds that Coryate maps through his writings are conjurations of his own fantasies, “a closed field, a theatrical stage affixed to Europe” upon which Coryate can conduct his ongoing performances. Not only do the natives enact their prescribed roles as “others,” Coryate re-presents a version of “otherness” that reinforces the imaginative geography constructed through European writings about transnational encounter. His Orient, and specifically his India, becomes a stage upon which European fantasies of the east are performed, where fluid identities can be assumed, and where Europeans can stay however long they’d like.

Coryate’s desire to reach Samarkand was not only a geographical orientation, but a temporal one as well. Tamburlaine’s tomb in Samarkand was the destination that informed Coryate’s direction, a desired point of interest that “is not only where we are not,” as Sara Ahmed argues in Queer Phenomenology, “but it is also future orientated, as a place we long for and might yet inhabit.” To keep Samarkand on the horizon, as a destination he may visit one day, Coryate extends the present through his performances, stretching time to maintain his future orientations. Indeed, the nature of performance itself is focused on the present, even if, as Marvin Carlson has argued, it is haunted by previous performances. In the world of the play, actions unfold in real time for the characters and for the audience. With every re-animation of a particular performance, its “present” is reignited, filled with the same desires that motivate the plot toward eventual outcomes. Coryate’s performances are likewise beholden to a present that always looks to a future possibility; as long as he remains in such a performance, he remains future-oriented, moving toward a desired outcome that is always just out of reach but one that he “might yet inhabit.”

It is in the performance that Coryate has agency, and as a result, can manipulate how time moves by manipulating how he performs “the other” on the eastern stage. For example, in Master Thomas Coriat to his friends in England sendeth Greeting (1618), a published letter addressed to his mother, Coryate describes his time in Ajmer at the court of the Mughul King Jahangir for the duration of “12 moneths & 60 daies.” He concedes that this extended stay “were a too long time to remaine in one and the selfesame place,” but the “reasons that moued [him] so long to tarry” here were twofold: to learn Persian, Turkish, and Arabic during his visit and to prepare an oration in Persian he claims to have delivered to Jahangir appealing for safe passage in and through the Mughal empire to Samarkand. The letter contains Coryate’s script—the speech as a transliteration of the Persian oration he delivered as well as its English translation—and a description of himself in the oration as a “poore Traueller,” which he translates from the Persian/Arabic word “fakir.” Jonathan Gil Harris defines “fakir” here as “not just an itinerant religious beggar…[but] also a performer [which includes] resort[ing] to certain formulas of supplication in his speech and gesture—acknowledging his potential benefactor’s god, scraping the ground, touching his lips to request alms, etc.” (Harris 187). Coryate becomes a spectacle as he performs this oration, a production complete with script, costuming, and choreographed gestures. By “tarrying” in Ajmer, Coryate has granted himself the opportunity to learn the methods of transforming into the character of the “fakir,” rendering the Orient performable and, therefore, knowable and attainable.

Coryate helps us understand his usage of “tarry” further by offering a negation later in his letter, bringing us to an activity for which he intends not to tarry long. As he describes his plans for continued travel to his mother, he tells her “…of certaine Cities of great renown in former times” that he plans to visit, including:

“ancient Babilon & Nymrods Tower [and] Caire in Egypt, heretofore Memphis…but in none of these or any other Cities of note do I determin to linger as I haue done in other places, as in Constantinople, and Asmere, in this Easterne India, onely some few daies will I tarry in a principall city of fame, to obserue euery principal matter there and so be gone.”

His intention to visit ancient sites reads more like an obligation—you can’t have come all this way and not see these famous cities. Coryate dismisses the histories of the east, the extant narratives etched in the ruins that he is so eager to disregard. This orientation is in direct contrast with the theatrical present that Coryate has carefully crafted in his writing about the east. Turning to the past—tarrying in a temporality that might negate his future orientation toward Samarkand and Tamburlaine’s tomb—undermines his larger project to remain future oriented through his performance of foreign lands and people.

For Coryate, the stage of the east becomes a knowable space, “a closed field” upon which the white, European traveler can successfully embody otherness. But that performance is informed by Coryate’s construction of time as well. His writings reveal a relationship between notions of performance and notions of time, both of which he manipulates from the privileged place of a white, European writer. The east becomes pliable, an “exotic” fantasy that remains in circulation as “a place we long for and might yet inhabit.” And through this performance he buys himself more time abroad and, potentially, more fame at home. That Coryate died before he’d ever reach Samarkand—or return home to England—further establishes a perpetual yearning for a manipulable east well into future. 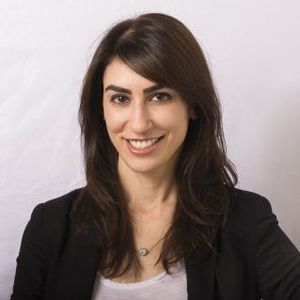